My Flatiron School team, Crystal, Tim and Tyler, and I recently presented our group project, Jane’s Lunch, at a NYC on Rails MeetUp. Jane’s Lunch is a web application that makes lunch delivery for group orders easy and fun.

I worked on a small piece of our Groups controller and some of the basic forms for creating and editing groups. This post is part one of two. In part one, I’m explaining how I installed a timepicker for the group forms. In part two, I’ll explain how I created a custom form helper to normalize the states input for user addresses.

Our group form requires users to select a designated lunch time. We wanted to normalize the time data so that we wouldn’t have problems parsing different time formats (e.g. “1:30PM” vs. “1:30 p.m.” vs. “13:30”). A timepicker would solve this issue. I found Bootstrap Timepicker, a timepicker built by @jdewit for use with Twitter Bootstrap.

To install the gem, I added this line to our Gemfile:

Next, I added this line to install the CSS for Bootstrap Timepicker:

Then, I added this line to link to the JavaScript file for Bootstrap Timepicker:

For beginners, you’ll want to include the entire line if you are installing the css and javascript. The code looks commented out, but Rails will actually implement that code even though it’s commented out.

In the view for our group form, I added the following:

Here’s a breakdown to explain the block of code above: 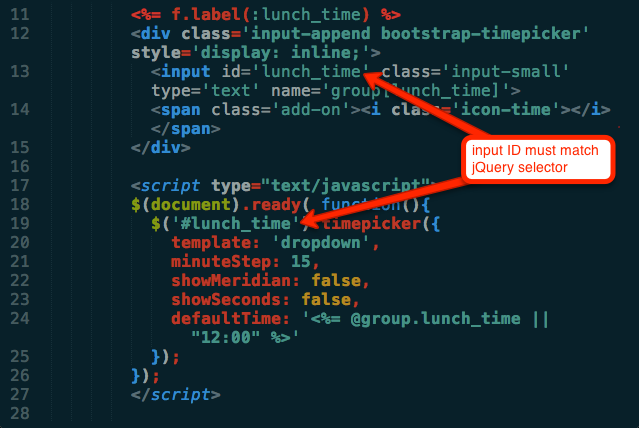 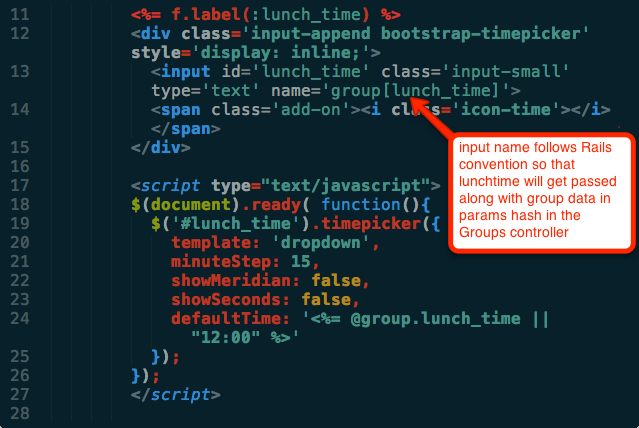 I was wary of using an input form helper, so I just used regular HTML and mixed it in with the erb format. However, I wanted to make sure that my input name would be passed along with the rest of the group data in the params hash, so I used my browser inspector to check the name format for other inputs that used the rails form helpers. The names were set to ‘group[attribute_name]’ so that’s the format I followed for the timepicker input. 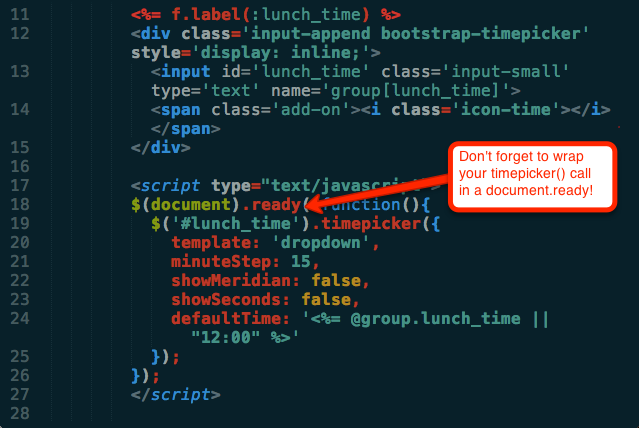 My timepicker() call would not work without the document.ready. 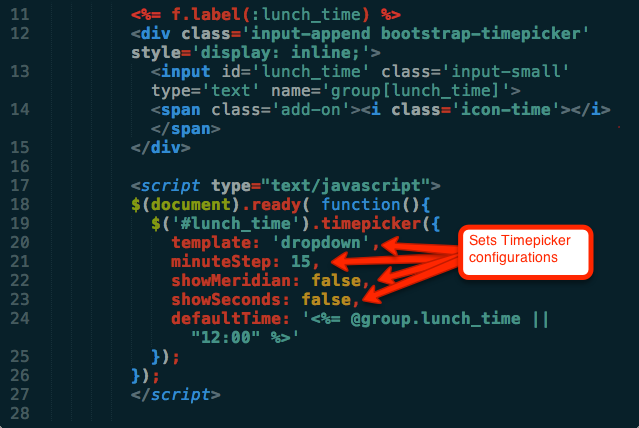 I set the configurations for timepicker based on the documentation. 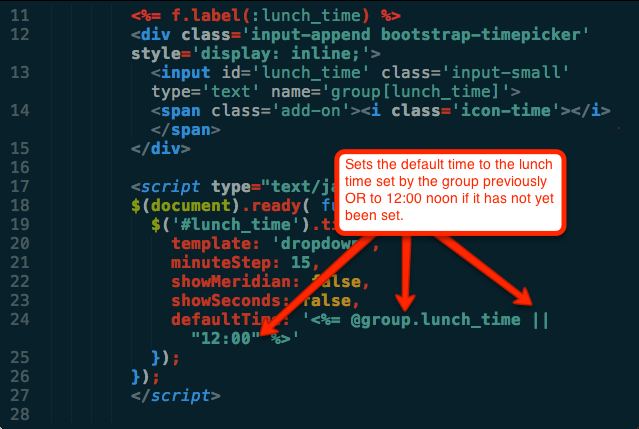 The code fix above lets us set the timepicker to show the lunch time previously specified by the user or to show “12:00” if the user has not yet set it.